LCD vs LED, what is LCD? What is LED?

For many of us, there is a special confusion when choosing a display panel, the difference between the two common display panel types: "LCD" and "LED". LCDs and LEDs may sound similar, but they are two distinct display technologies with their own unique features and benefits. 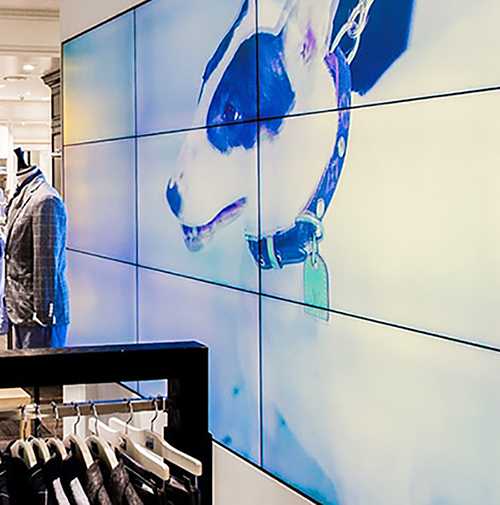 What is the LCD display?

LCD displays are a type of flat panel display that has been popular for many years in the video wall and consumer electronics markets. You may use LCD technology every day, which is the type of display used in most smartphones, computer monitors, and TV screens.

The LCD panel consists of a layer of liquid crystal sandwiched between two polarizing glasses. Liquid crystals are substances that flow like a liquid but have molecules that can be oriented like crystals. When a current is applied to the liquid crystal, the liquid crystal moves to pass the light to produce an image. The LCD does not produce its own light, so a backlight is placed behind the glass to illuminate the display. LEDs (Light Emitting Diodes) are the most common type of backlight used today, and some manufacturers refer to their LED-backlit LCDs as "LED-LCDs."

The LCD is bright, affordable, reliable, and provides excellent visuals. LCD is a very high-resolution technology, so LCD video walls can display clear text, images, and video. These advantages make LCD an excellent choice for a variety of video wall applications from military control rooms to university research centers.

When you stitch the LCDs together to create a video wall, you can see the border (or seam) between the panels. This can be seen as a disadvantage when comparing LCDs to seamless display type LED displays. However, manufacturers are reducing the width of the border on every new generation of displays, so you'll find that the borders on newer LCDs are less noticeable. 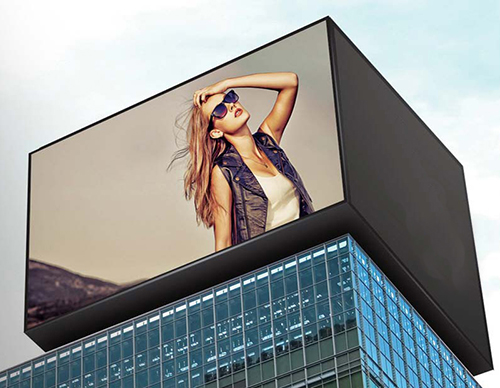 What is an LED display?

LEDs are a type of flat panel display that involves the use of light emitting diodes (LEDs). But the working principle of LED is very different from LCD. In LED displays, hundreds of miniature LEDs are mounted directly on the panel and do not use liquid crystal or polarized glass. The LEDs in the LED display do not produce backlights themselves, but instead produce images themselves. Each LED is essentially a tiny light bulb that emits colored light when a specific voltage is applied to it. The red, green, and blue LEDs are clustered on the panel to create the full-color pixels needed to produce the image.

LED panels have no borders so they can be tiled together to form a completely seamless video wall. LED displays also have high brightness, reliability, and energy efficiency. These advantages make LEDs the best choice for large outdoor displays.

In general, high-resolution LED walls are currently several times more expensive than LCDs, so for most customers, the technology is still out of reach. In addition, even the highest resolution LED displays do not provide the ultra-high resolution that LCDs can provide. For applications that require attention to the finest details, LCD displays may still be preferred.

JFCVision is a 10+ year LCD video wall supplier. JFCVision only supplies LCD displays and does not supply LED displays. If you have any questions about the difference between LCD and LED, or need to order video wall, please contact us at info@jfcvision.com.

Previous: Samsung Has Expanded Its Purchases Of LCD In China Next: What Is The Difference Between 60Hz And 120Hz ...