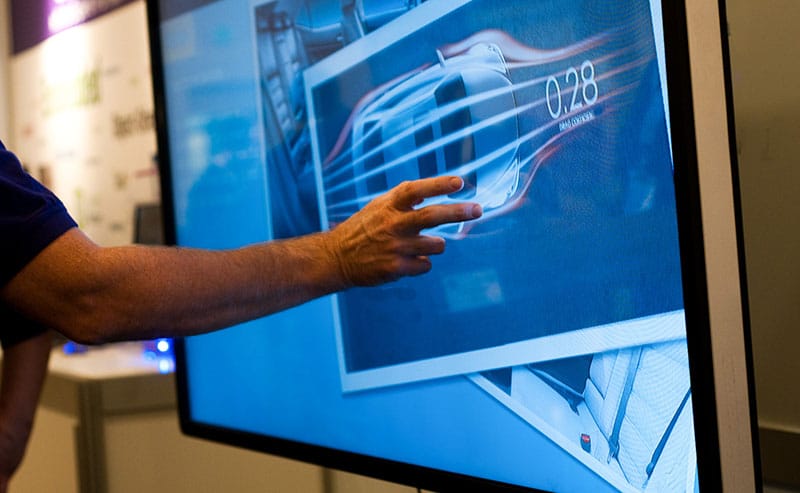 Capacitive technology touch screens use the current sensing of the human body to work. The capacitive touch screen is a four-layer composite glass screen.

The inner surface and the interlayer of the glass screen are coated with a layer of ITO. The outermost layer is a thin layer of bauxite glass protective layer.

The interlayer ITO coating is used as the working surface. Four electrodes are taken out, and the inner layer of ITO is a shielding layer to ensure a good working environment. When the finger touches the metal layer, the user and the touch screen surface form a coupling capacitor due to the human body electric field.

For high-frequency current, the capacitor is a direct conductor, so the finger sucks a small current from the contact point. Flowing out from the electrodes on the four corners of the touch screen, and the current flowing through the four electrodes is proportional to the distance from the finger to the four corners. The controller calculates the position of the touch point by accurately calculating the ratio of the four currents.

1. The capacitive touch screen only needs touch without pressure to generate signals.

2. The capacitive touch screen only needs to be calibrated once or not at all after production, while the resistance technology requires regular calibration.

5. Capacitive technology has the advantages of wear resistance, long service life and low maintenance cost for users, so the overall operating cost of the manufacturer can be further reduced.