At present, e-ink screen e-readers with handwriting functions use electromagnetic touch screens instead of the capacitive touch screens and resistive touch screens commonly used on mobile phones. In fact, this is determined by the characteristics of these three screens. Here we share with you the difference between the three touch methods.

The price is very cheap, the precision can reach the precision of a single pixel, and it can be operated by fingers, fingernails, stylus, etc. However, it is soft and prone to scratches. Due to the use of an extra screen layer, it performs very poorly in sunlight and has low visibility. 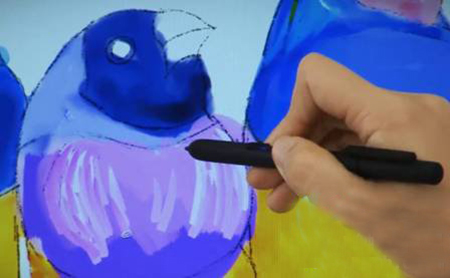 Capacitive touch screens are costly. The principle is to use the current generated by the touch and screen contact to locate, so you can operate with your fingers, but non-biological, like nails and pens can't operate. In addition, the accuracy of the capacitive touch screen can theoretically reach several pixels, and the effective range is actually about 1 square centimeter. It can be seen that capacitive touch screens require handwriting recognition, which is basically impossible, let alone drawing lines and the like.

Previous: What is a full optical bonding capacitive touc... Next: 8 Tips Of Using TFT Capacitive Touchscreen