Why Is The Price Of OLED Screen So Expensive?

For the display, all visual perceptions can be quantitatively measured by relevant indicators:

1. The fineness of the picture can be measured by Pixels Per Inch and size.

2.  Whether the color is bright or not can be measured by the color gamut

3. Whether the color of the picture is vivid and can be measured by contrast

4. Whether the details in the dark show clear available contrast and black level

5. Shows whether a fast-moving object is smooth and can be measured by response time

The OLED technology is leading the LCD, which is superior to LCD screens in many display indicators, and the visual perception is also much better.

The following is a comparison of specific indicators:

1.OLED can be thinner than the LCD screen

OLEDs are self-illuminating, unlike backlights that require LCDs, and the structural differences make OLEDs thinner than LCD screens.

The advantages of the flexible bendability of OLED screens can be explained separately from the current and long-term perspectives.

In the short term, OLED TVs can already bend in a curve.

For large screens such as TVs, curved screens have a natural advantage, allowing users to have a better "field" and visual surround.

In the past, LCDs were technically difficult to implement curved screens. In the OLED era, mature screen TV products have been introduced.

In the long run, the flexible and flexible nature of OLEDs can also make smart devices full of imagination. Combined with the thin characteristics of OLED, perhaps the screen can be made into a piece of paper in the future, which can be bent and folded at will, which is unthinkable in the LCD era.

3.OLED gamut is wider and the picture is more vivid

The higher the color gamut, The color display contrast is more obvious and more beautiful

In principle, as long as the manufacturer is sure to invest money in the backlight, the LCD screen with LED backlight can achieve a very high color gamut.

However, since most manufacturers use ordinary WLED backlights, the color gamut of mainstream LCD screens lags behind OLED displays.

4. Contrast is much higher than LCD, black display is perfect, dark details are perfect

When all the OLED panels are displayed at the technical conference, they will display this starry sky map. Do you know the reason?

If this kind of sky map wants to have a good display effect, for example, the screen need has an excellent black level and excellent contrast.

Only the black level and contrast are good enough to show the purest black and dark details, and contrast with the bright star points, bringing a strong visual impact.

There is a saying that the contrast of OLED is infinite. This is not true. OLED has a contrast ratio of one million, while the contrast of mainstream LCD is about one thousand, and the gap is a thousand times.

The LCDs are not clear enough to display black and deep dark scenes. Therefore, friends who like to watch movies at home are very necessary to enter a large OLED TV at home. 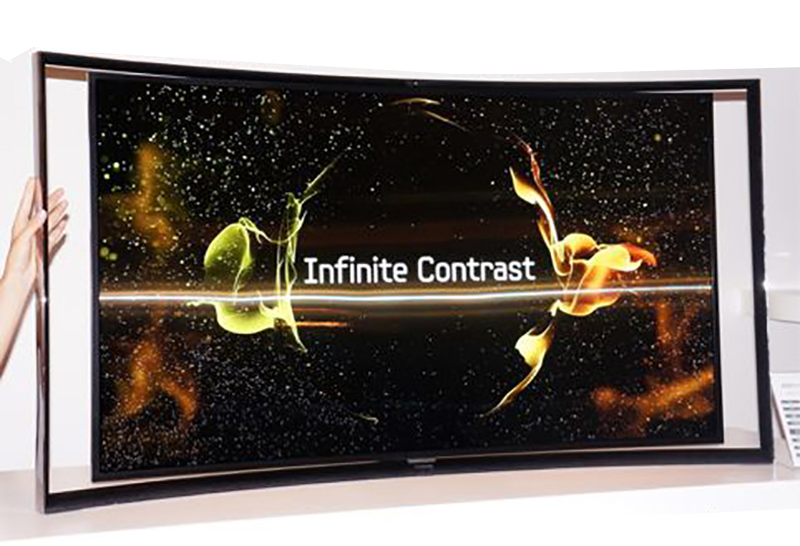 5. Response speed, OLED is much faster than LCD